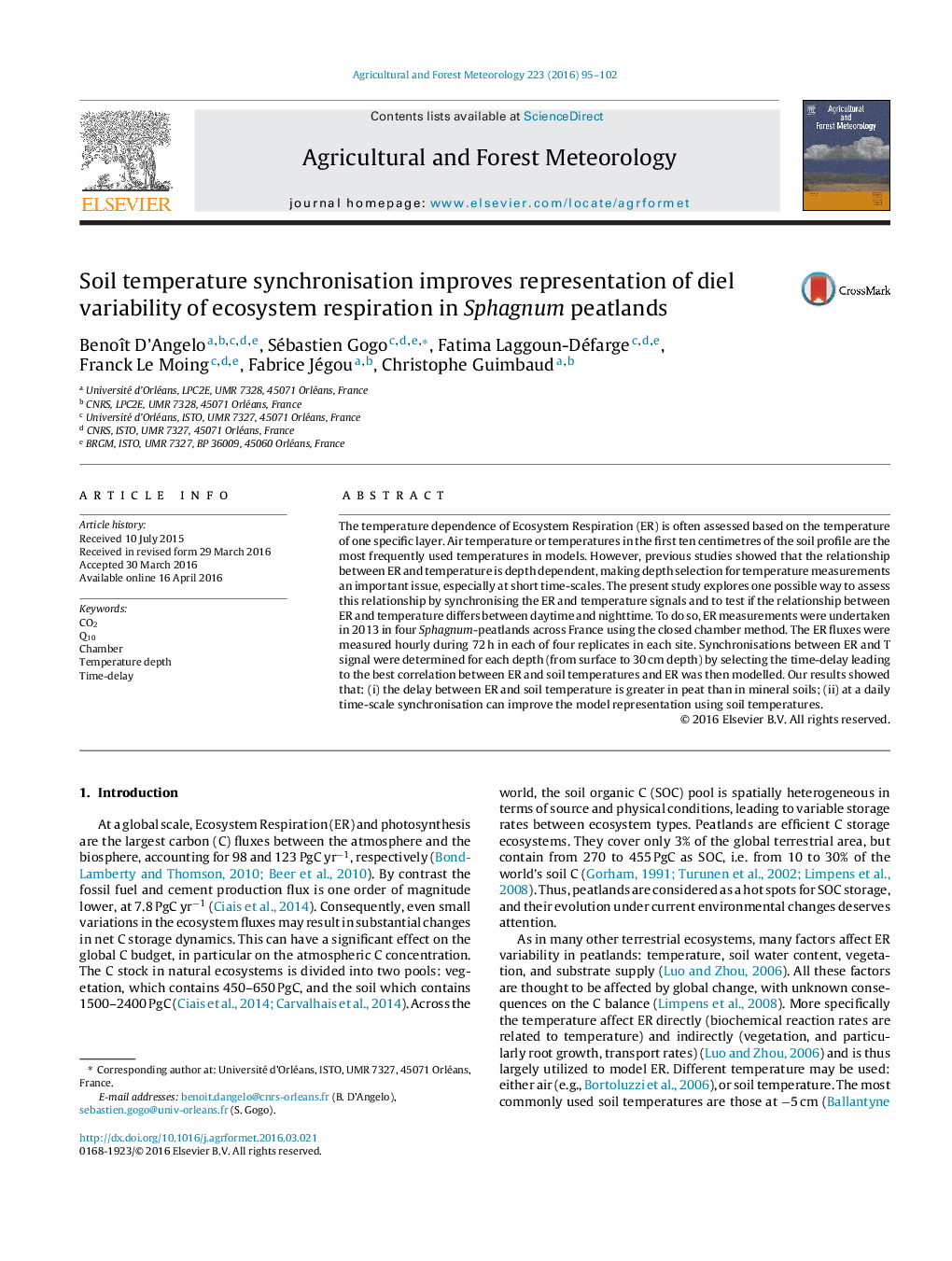 • Quantification of the time-delay between ER fluxes and temperatures in peatlands.
• Time-delay estimations are higher than those found in mineral soils.
• Synchronised data can improves ER daily representation in sphagnum peatlands.