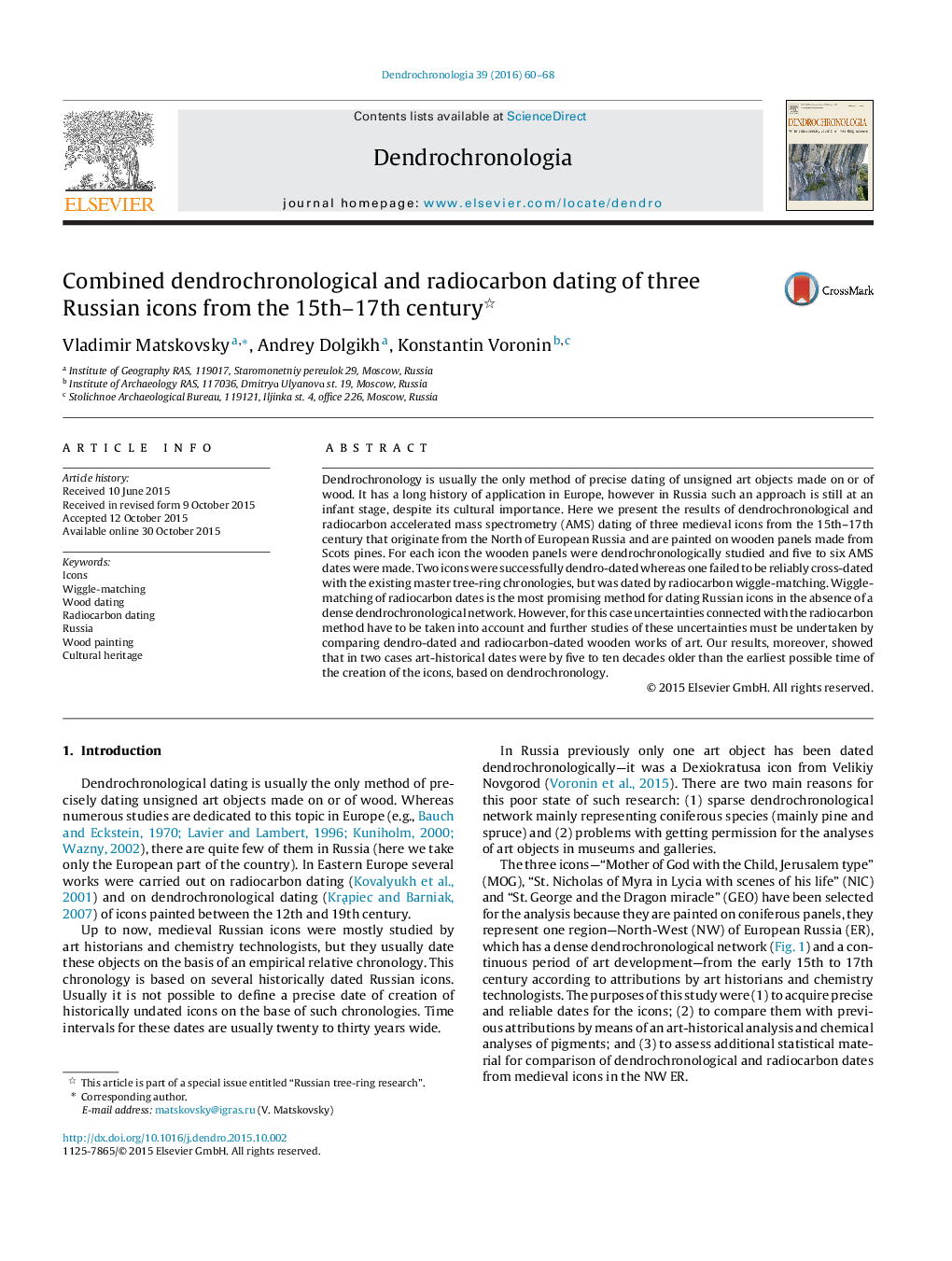 Dendrochronology is usually the only method of precise dating of unsigned art objects made on or of wood. It has a long history of application in Europe, however in Russia such an approach is still at an infant stage, despite its cultural importance. Here we present the results of dendrochronological and radiocarbon accelerated mass spectrometry (AMS) dating of three medieval icons from the 15th–17th century that originate from the North of European Russia and are painted on wooden panels made from Scots pines. For each icon the wooden panels were dendrochronologically studied and five to six AMS dates were made. Two icons were successfully dendro-dated whereas one failed to be reliably cross-dated with the existing master tree-ring chronologies, but was dated by radiocarbon wiggle-matching. Wiggle-matching of radiocarbon dates is the most promising method for dating Russian icons in the absence of a dense dendrochronological network. However, for this case uncertainties connected with the radiocarbon method have to be taken into account and further studies of these uncertainties must be undertaken by comparing dendro-dated and radiocarbon-dated wooden works of art. Our results, moreover, showed that in two cases art-historical dates were by five to ten decades older than the earliest possible time of the creation of the icons, based on dendrochronology.