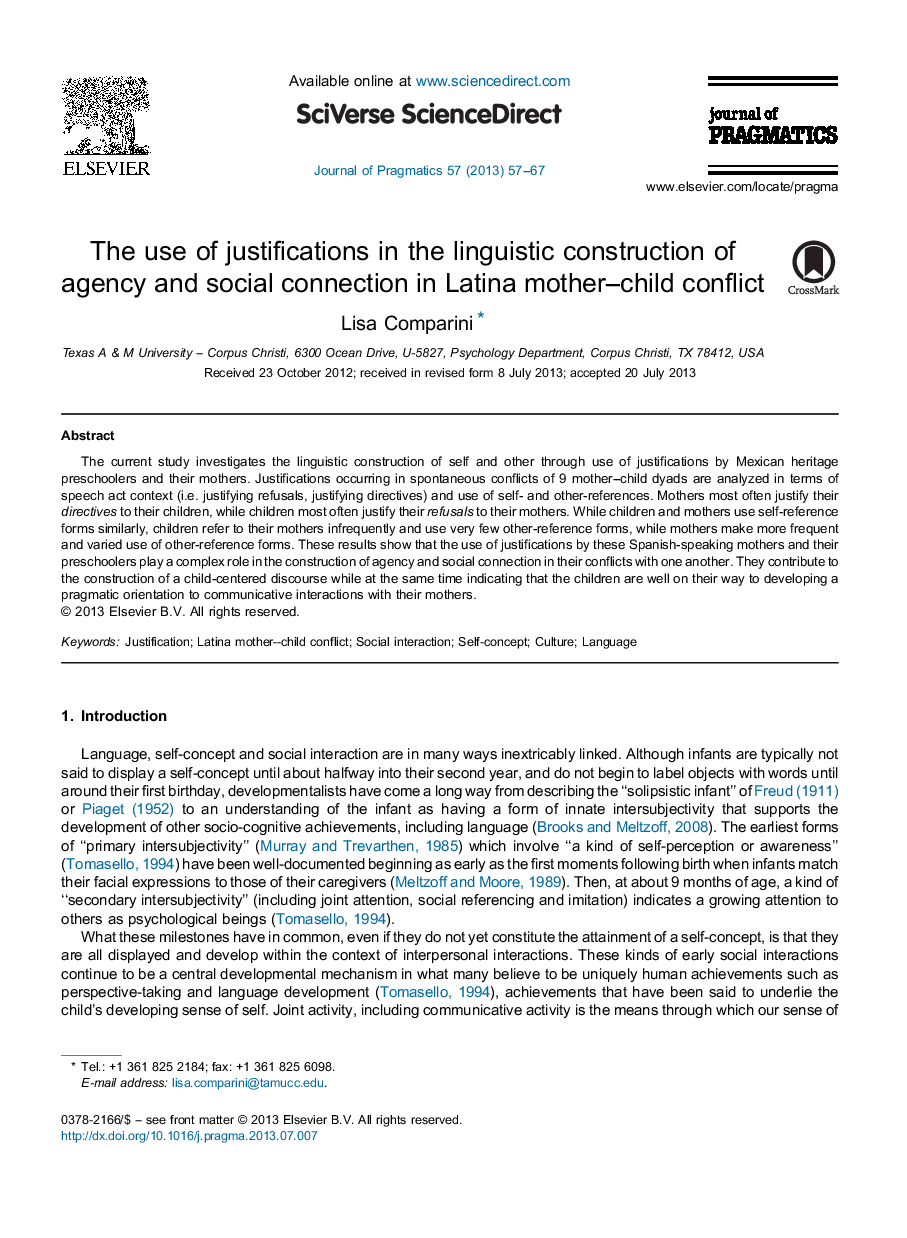 • In conflicts, preschoolers and mothers use justifications with similar frequency.
• Mothers justify directives to children; children justify refusals to mothers.
• Mothers and children both reference the child more frequently than the mother.
• Mothers and children use “self” forms similarly and “other” forms differently.
• Self-assertion, interpersonal connections are indexed in child-centered conflicts.

The current study investigates the linguistic construction of self and other through use of justifications by Mexican heritage preschoolers and their mothers. Justifications occurring in spontaneous conflicts of 9 mother–child dyads are analyzed in terms of speech act context (i.e. justifying refusals, justifying directives) and use of self- and other-references. Mothers most often justify their directives to their children, while children most often justify their refusals to their mothers. While children and mothers use self-reference forms similarly, children refer to their mothers infrequently and use very few other-reference forms, while mothers make more frequent and varied use of other-reference forms. These results show that the use of justifications by these Spanish-speaking mothers and their preschoolers play a complex role in the construction of agency and social connection in their conflicts with one another. They contribute to the construction of a child-centered discourse while at the same time indicating that the children are well on their way to developing a pragmatic orientation to communicative interactions with their mothers.