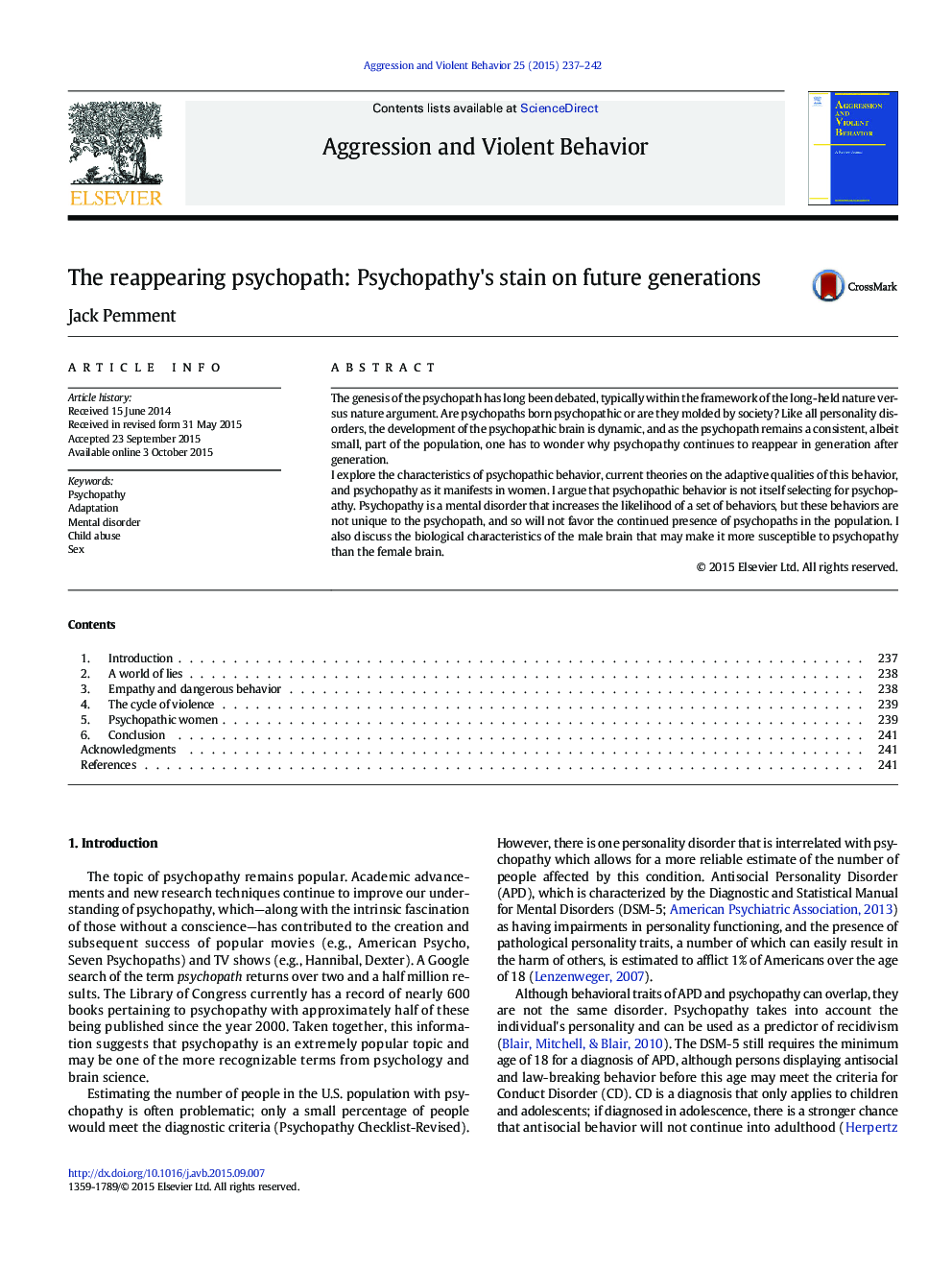 The genesis of the psychopath has long been debated, typically within the framework of the long-held nature versus nature argument. Are psychopaths born psychopathic or are they molded by society? Like all personality disorders, the development of the psychopathic brain is dynamic, and as the psychopath remains a consistent, albeit small, part of the population, one has to wonder why psychopathy continues to reappear in generation after generation.I explore the characteristics of psychopathic behavior, current theories on the adaptive qualities of this behavior, and psychopathy as it manifests in women. I argue that psychopathic behavior is not itself selecting for psychopathy. Psychopathy is a mental disorder that increases the likelihood of a set of behaviors, but these behaviors are not unique to the psychopath, and so will not favor the continued presence of psychopaths in the population. I also discuss the biological characteristics of the male brain that may make it more susceptible to psychopathy than the female brain.