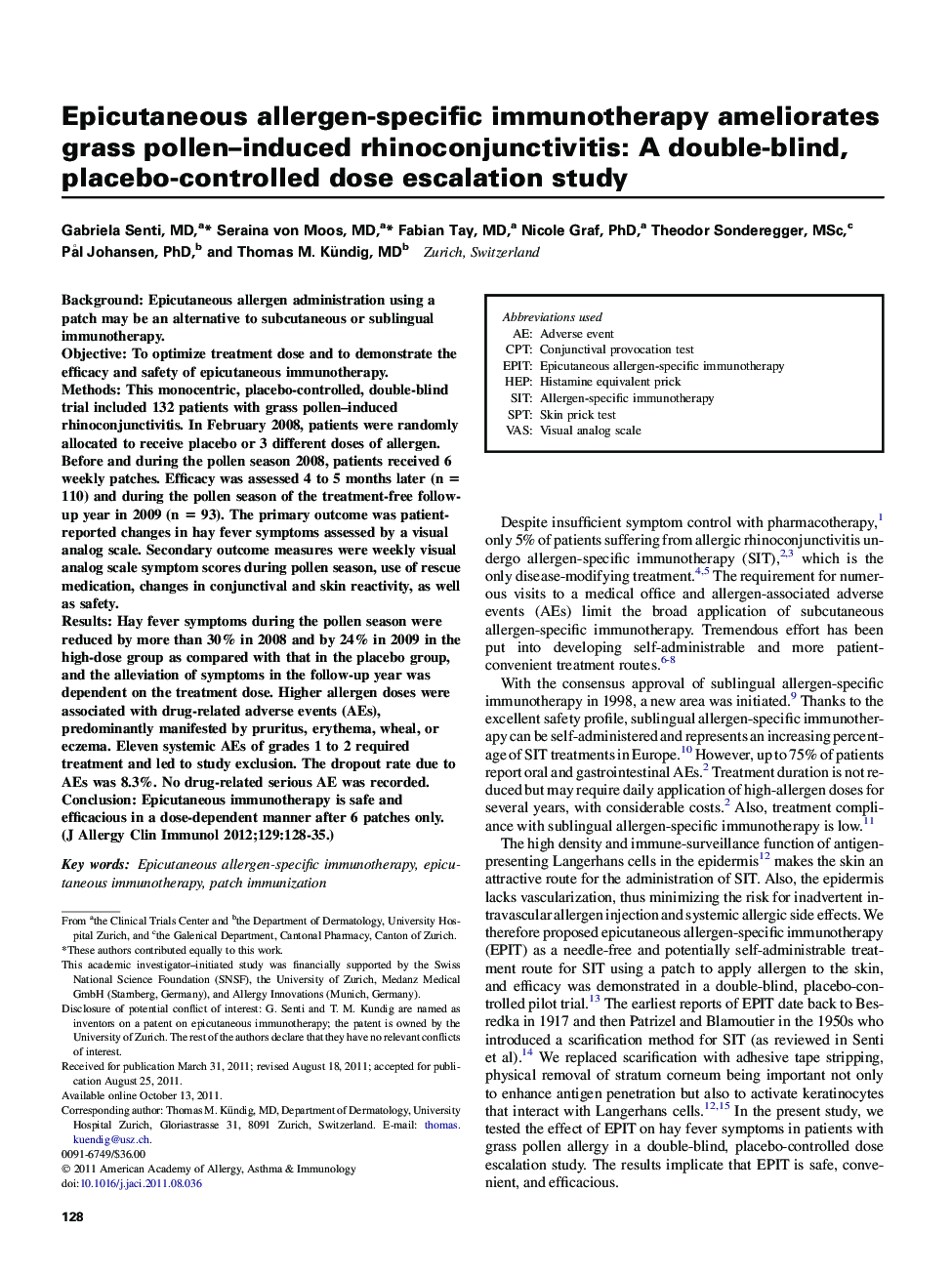 BackgroundEpicutaneous allergen administration using a patch may be an alternative to subcutaneous or sublingual immunotherapy.ObjectiveTo optimize treatment dose and to demonstrate the efficacy and safety of epicutaneous immunotherapy.MethodsThis monocentric, placebo-controlled, double-blind trial included 132 patients with grass pollen–induced rhinoconjunctivitis. In February 2008, patients were randomly allocated to receive placebo or 3 different doses of allergen. Before and during the pollen season 2008, patients received 6 weekly patches. Efficacy was assessed 4 to 5 months later (n = 110) and during the pollen season of the treatment-free follow-up year in 2009 (n = 93). The primary outcome was patient-reported changes in hay fever symptoms assessed by a visual analog scale. Secondary outcome measures were weekly visual analog scale symptom scores during pollen season, use of rescue medication, changes in conjunctival and skin reactivity, as well as safety.ResultsHay fever symptoms during the pollen season were reduced by more than 30% in 2008 and by 24% in 2009 in the high-dose group as compared with that in the placebo group, and the alleviation of symptoms in the follow-up year was dependent on the treatment dose. Higher allergen doses were associated with drug-related adverse events (AEs), predominantly manifested by pruritus, erythema, wheal, or eczema. Eleven systemic AEs of grades 1 to 2 required treatment and led to study exclusion. The dropout rate due to AEs was 8.3%. No drug-related serious AE was recorded.ConclusionEpicutaneous immunotherapy is safe and efficacious in a dose-dependent manner after 6 patches only.