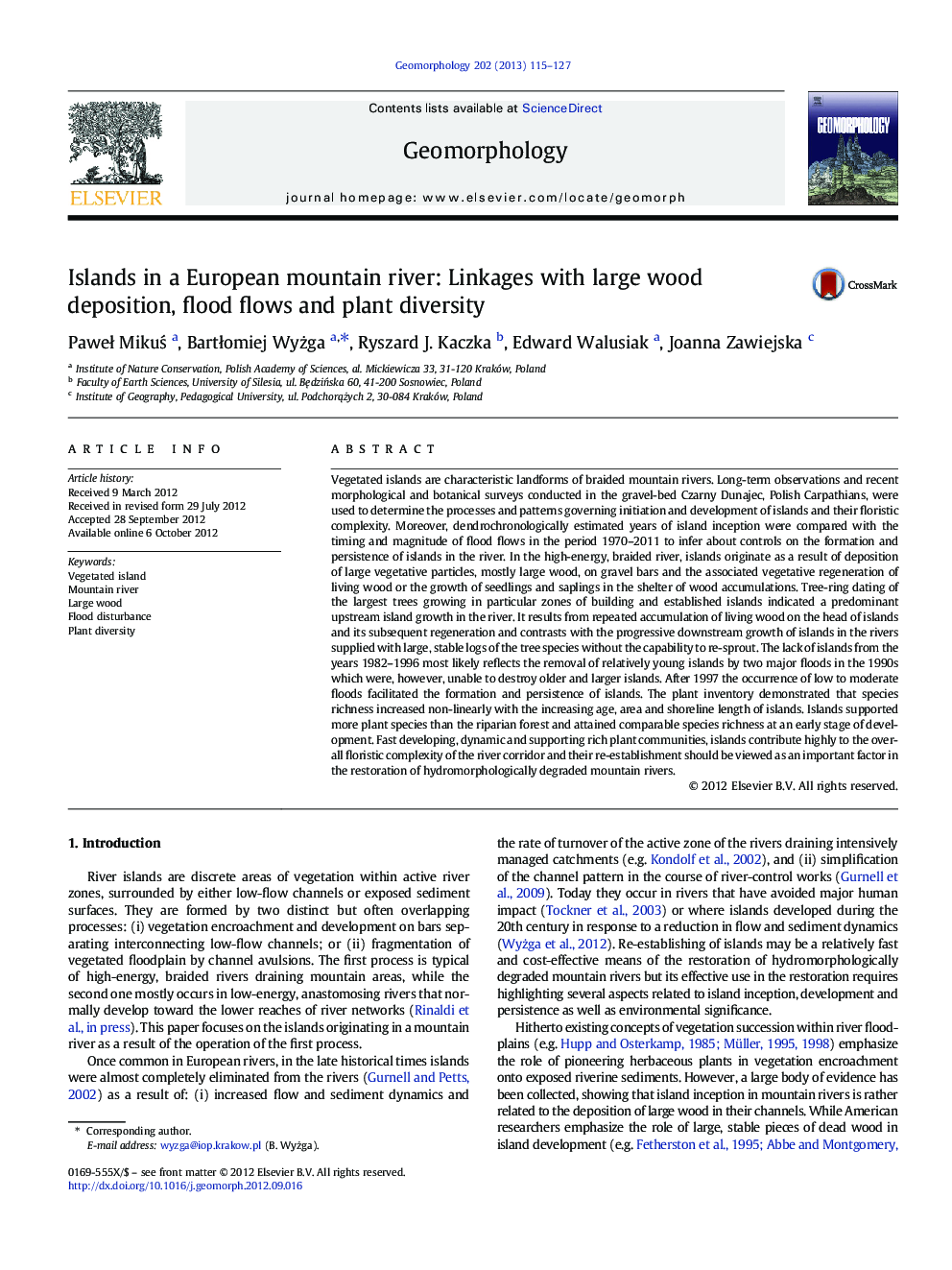 Vegetated islands are characteristic landforms of braided mountain rivers. Long-term observations and recent morphological and botanical surveys conducted in the gravel-bed Czarny Dunajec, Polish Carpathians, were used to determine the processes and patterns governing initiation and development of islands and their floristic complexity. Moreover, dendrochronologically estimated years of island inception were compared with the timing and magnitude of flood flows in the period 1970–2011 to infer about controls on the formation and persistence of islands in the river. In the high-energy, braided river, islands originate as a result of deposition of large vegetative particles, mostly large wood, on gravel bars and the associated vegetative regeneration of living wood or the growth of seedlings and saplings in the shelter of wood accumulations. Tree-ring dating of the largest trees growing in particular zones of building and established islands indicated a predominant upstream island growth in the river. It results from repeated accumulation of living wood on the head of islands and its subsequent regeneration and contrasts with the progressive downstream growth of islands in the rivers supplied with large, stable logs of the tree species without the capability to re-sprout. The lack of islands from the years 1982–1996 most likely reflects the removal of relatively young islands by two major floods in the 1990s which were, however, unable to destroy older and larger islands. After 1997 the occurrence of low to moderate floods facilitated the formation and persistence of islands. The plant inventory demonstrated that species richness increased non-linearly with the increasing age, area and shoreline length of islands. Islands supported more plant species than the riparian forest and attained comparable species richness at an early stage of development. Fast developing, dynamic and supporting rich plant communities, islands contribute highly to the overall floristic complexity of the river corridor and their re-establishment should be viewed as an important factor in the restoration of hydromorphologically degraded mountain rivers.