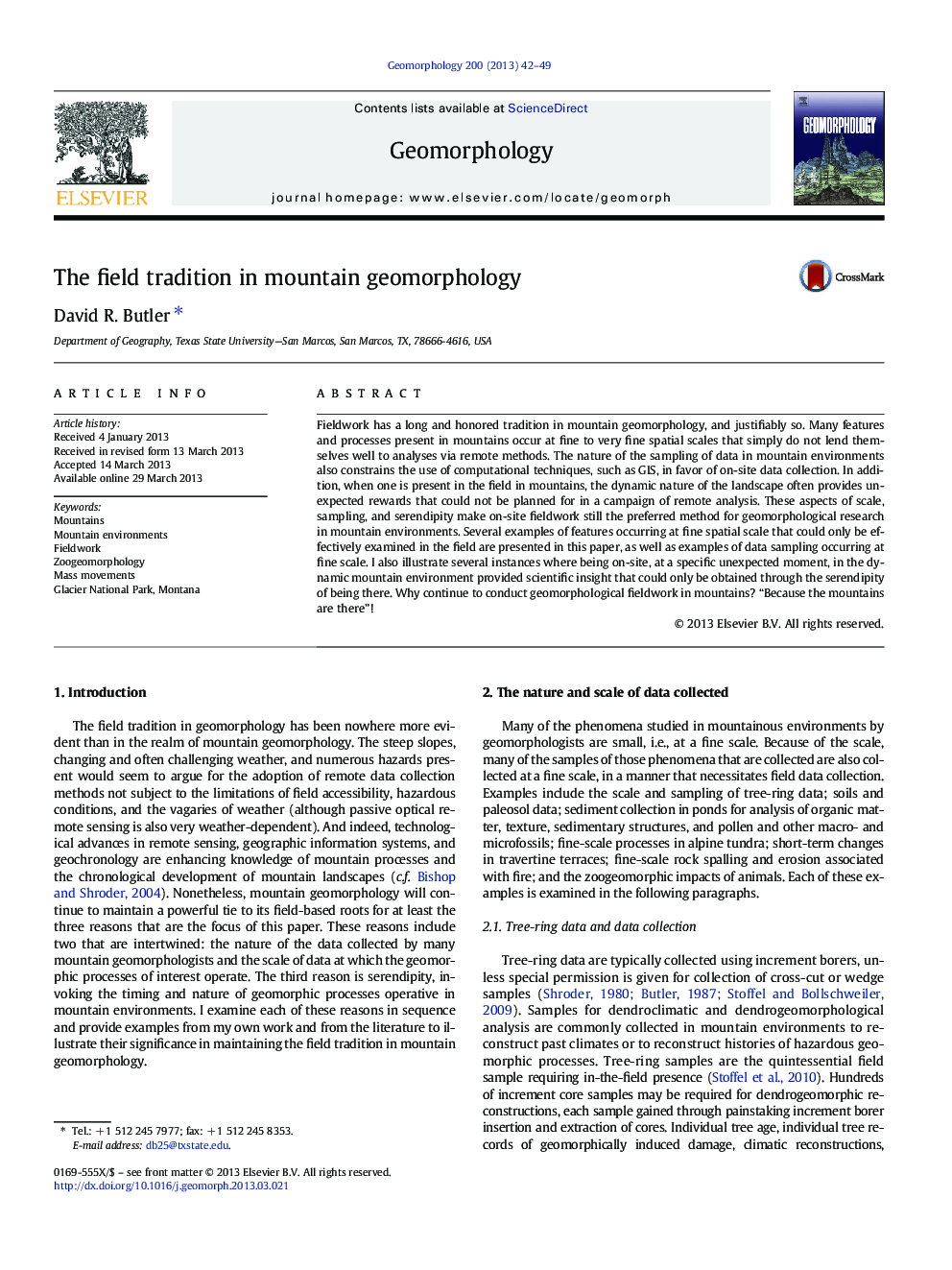 Fieldwork has a long and honored tradition in mountain geomorphology, and justifiably so. Many features and processes present in mountains occur at fine to very fine spatial scales that simply do not lend themselves well to analyses via remote methods. The nature of the sampling of data in mountain environments also constrains the use of computational techniques, such as GIS, in favor of on-site data collection. In addition, when one is present in the field in mountains, the dynamic nature of the landscape often provides unexpected rewards that could not be planned for in a campaign of remote analysis. These aspects of scale, sampling, and serendipity make on-site fieldwork still the preferred method for geomorphological research in mountain environments. Several examples of features occurring at fine spatial scale that could only be effectively examined in the field are presented in this paper, as well as examples of data sampling occurring at fine scale. I also illustrate several instances where being on-site, at a specific unexpected moment, in the dynamic mountain environment provided scientific insight that could only be obtained through the serendipity of being there. Why continue to conduct geomorphological fieldwork in mountains? “Because the mountains are there”!