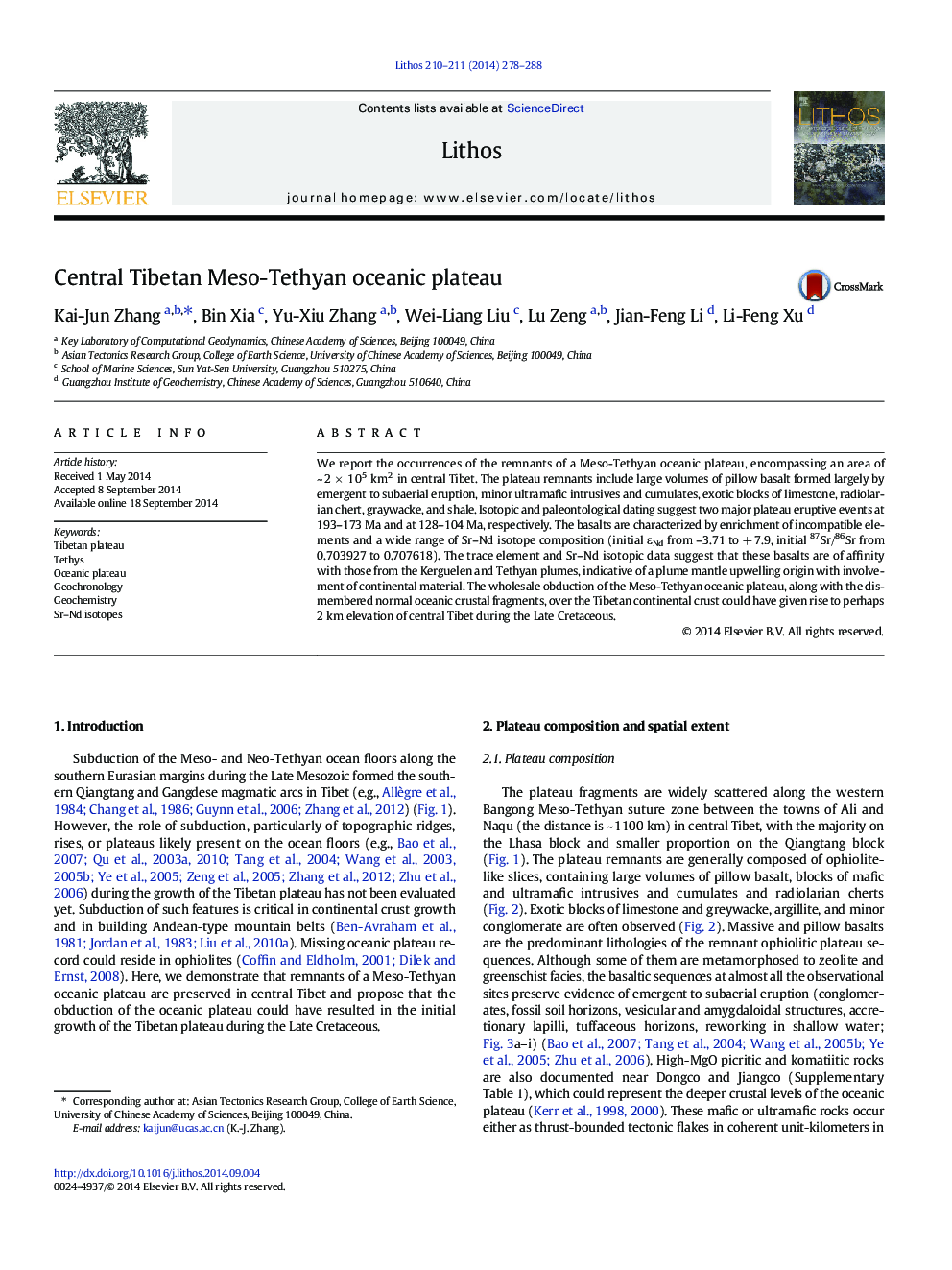 • Remnants of Meso-Tethyan oceanic plateau in central Tibet covers an area of ~ 2 × 105 km2.
• Plateau remnants are dominated by basalt sections with a thickness of at least 13 km.
• Twohree major plateau eruptive events occurred at 193–173 Ma, at 167–162 Ma, and at 128–104 Ma.
• Basalts are enriched in incompatible elements, with a wide range of and heterogeneous in Sr–Nd isotopes.
• Obduction of the oceanic plateau likely triggered a 2-km elevation of central Tibet.

We report the occurrences of the remnants of a Meso-Tethyan oceanic plateau, encompassing an area of ~ 2 × 105 km2 in central Tibet. The plateau remnants include large volumes of pillow basalt formed largely by emergent to subaerial eruption, minor ultramafic intrusives and cumulates, exotic blocks of limestone, radiolarian chert, graywacke, and shale. Isotopic and paleontological dating suggest two major plateau eruptive events at 193–173 Ma and at 128–104 Ma, respectively. The basalts are characterized by enrichment of incompatible elements and a wide range of Sr–Nd isotope composition (initial εNd from –3.71 to + 7.9, initial 87Sr/86Sr from 0.703927 to 0.707618). The trace element and Sr–Nd isotopic data suggest that these basalts are of affinity with those from the Kerguelen and Tethyan plumes, indicative of a plume mantle upwelling origin with involvement of continental material. The wholesale obduction of the Meso-Tethyan oceanic plateau, along with the dismembered normal oceanic crustal fragments, over the Tibetan continental crust could have given rise to perhaps 2 km elevation of central Tibet during the Late Cretaceous.