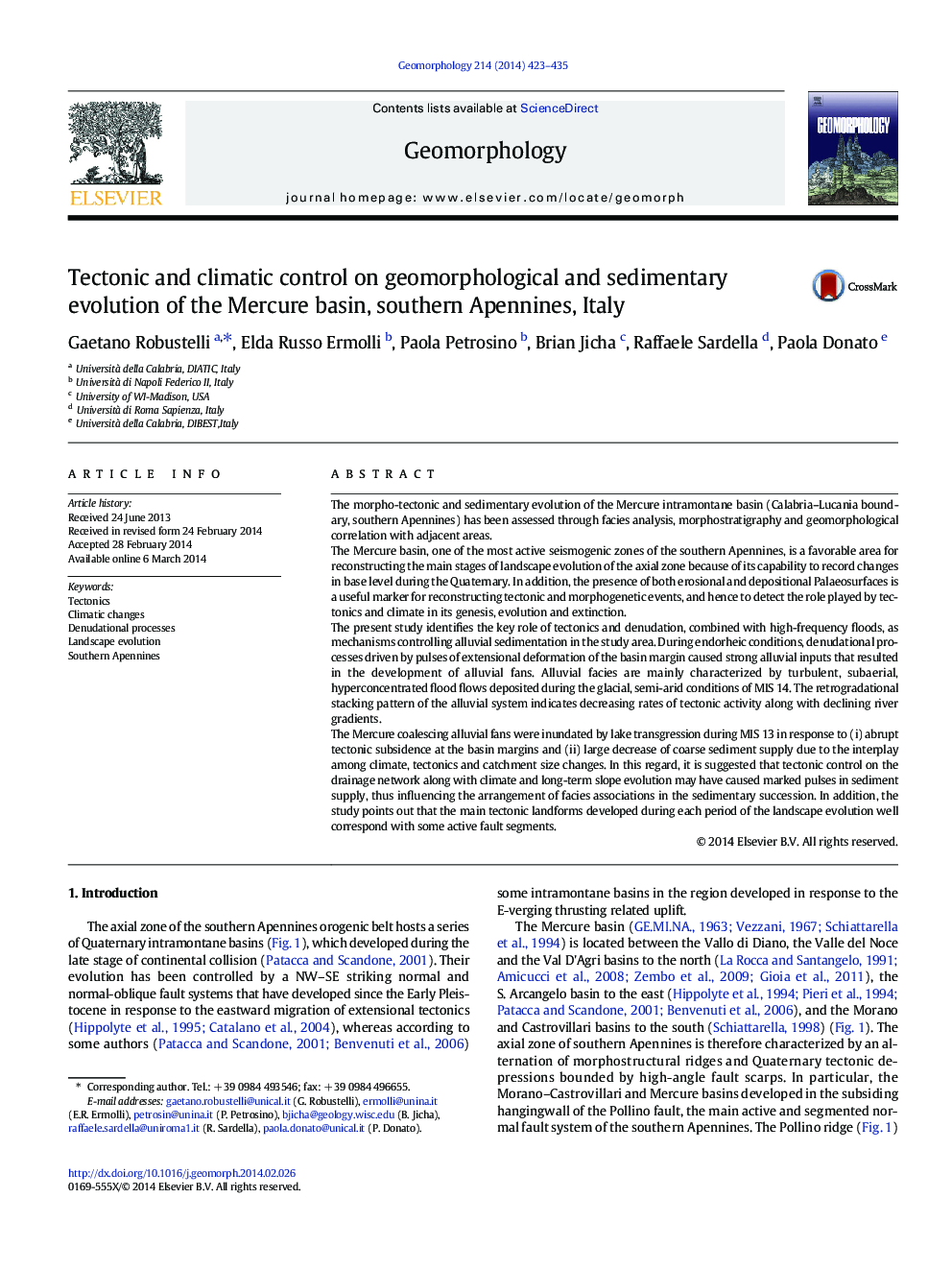 The morpho-tectonic and sedimentary evolution of the Mercure intramontane basin (Calabria-Lucania boundary, southern Apennines) has been assessed through facies analysis, morphostratigraphy and geomorphological correlation with adjacent areas.The Mercure basin, one of the most active seismogenic zones of the southern Apennines, is a favorable area for reconstructing the main stages of landscape evolution of the axial zone because of its capability to record changes in base level during the Quaternary. In addition, the presence of both erosional and depositional Palaeosurfaces is a useful marker for reconstructing tectonic and morphogenetic events, and hence to detect the role played by tectonics and climate in its genesis, evolution and extinction.The present study identifies the key role of tectonics and denudation, combined with high-frequency floods, as mechanisms controlling alluvial sedimentation in the study area. During endorheic conditions, denudational processes driven by pulses of extensional deformation of the basin margin caused strong alluvial inputs that resulted in the development of alluvial fans. Alluvial facies are mainly characterized by turbulent, subaerial, hyperconcentrated flood flows deposited during the glacial, semi-arid conditions of MIS 14. The retrogradational stacking pattern of the alluvial system indicates decreasing rates of tectonic activity along with declining river gradients.The Mercure coalescing alluvial fans were inundated by lake transgression during MIS 13 in response to (i) abrupt tectonic subsidence at the basin margins and (ii) large decrease of coarse sediment supply due to the interplay among climate, tectonics and catchment size changes. In this regard, it is suggested that tectonic control on the drainage network along with climate and long-term slope evolution may have caused marked pulses in sediment supply, thus influencing the arrangement of facies associations in the sedimentary succession. In addition, the study points out that the main tectonic landforms developed during each period of the landscape evolution well correspond with some active fault segments.