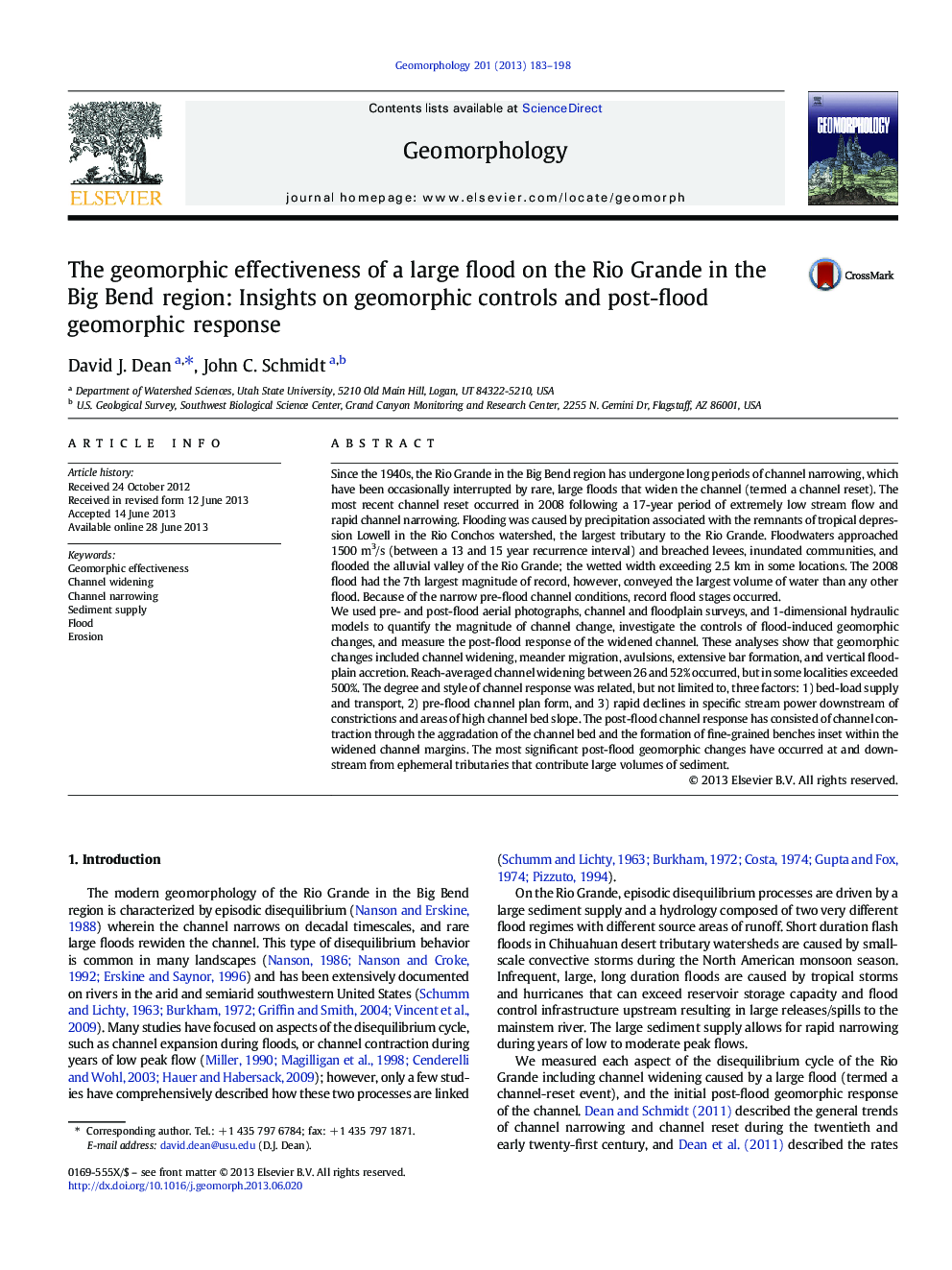 Since the 1940s, the Rio Grande in the Big Bend region has undergone long periods of channel narrowing, which have been occasionally interrupted by rare, large floods that widen the channel (termed a channel reset). The most recent channel reset occurred in 2008 following a 17-year period of extremely low stream flow and rapid channel narrowing. Flooding was caused by precipitation associated with the remnants of tropical depression Lowell in the Rio Conchos watershed, the largest tributary to the Rio Grande. Floodwaters approached 1500Â m3/s (between a 13 and 15Â year recurrence interval) and breached levees, inundated communities, and flooded the alluvial valley of the Rio Grande; the wetted width exceeding 2.5Â km in some locations. The 2008 flood had the 7th largest magnitude of record, however, conveyed the largest volume of water than any other flood. Because of the narrow pre-flood channel conditions, record flood stages occurred.We used pre- and post-flood aerial photographs, channel and floodplain surveys, and 1-dimensional hydraulic models to quantify the magnitude of channel change, investigate the controls of flood-induced geomorphic changes, and measure the post-flood response of the widened channel. These analyses show that geomorphic changes included channel widening, meander migration, avulsions, extensive bar formation, and vertical floodplain accretion. Reach-averaged channel widening between 26 and 52% occurred, but in some localities exceeded 500%. The degree and style of channel response was related, but not limited to, three factors: 1) bed-load supply and transport, 2) pre-flood channel plan form, and 3) rapid declines in specific stream power downstream of constrictions and areas of high channel bed slope. The post-flood channel response has consisted of channel contraction through the aggradation of the channel bed and the formation of fine-grained benches inset within the widened channel margins. The most significant post-flood geomorphic changes have occurred at and downstream from ephemeral tributaries that contribute large volumes of sediment.