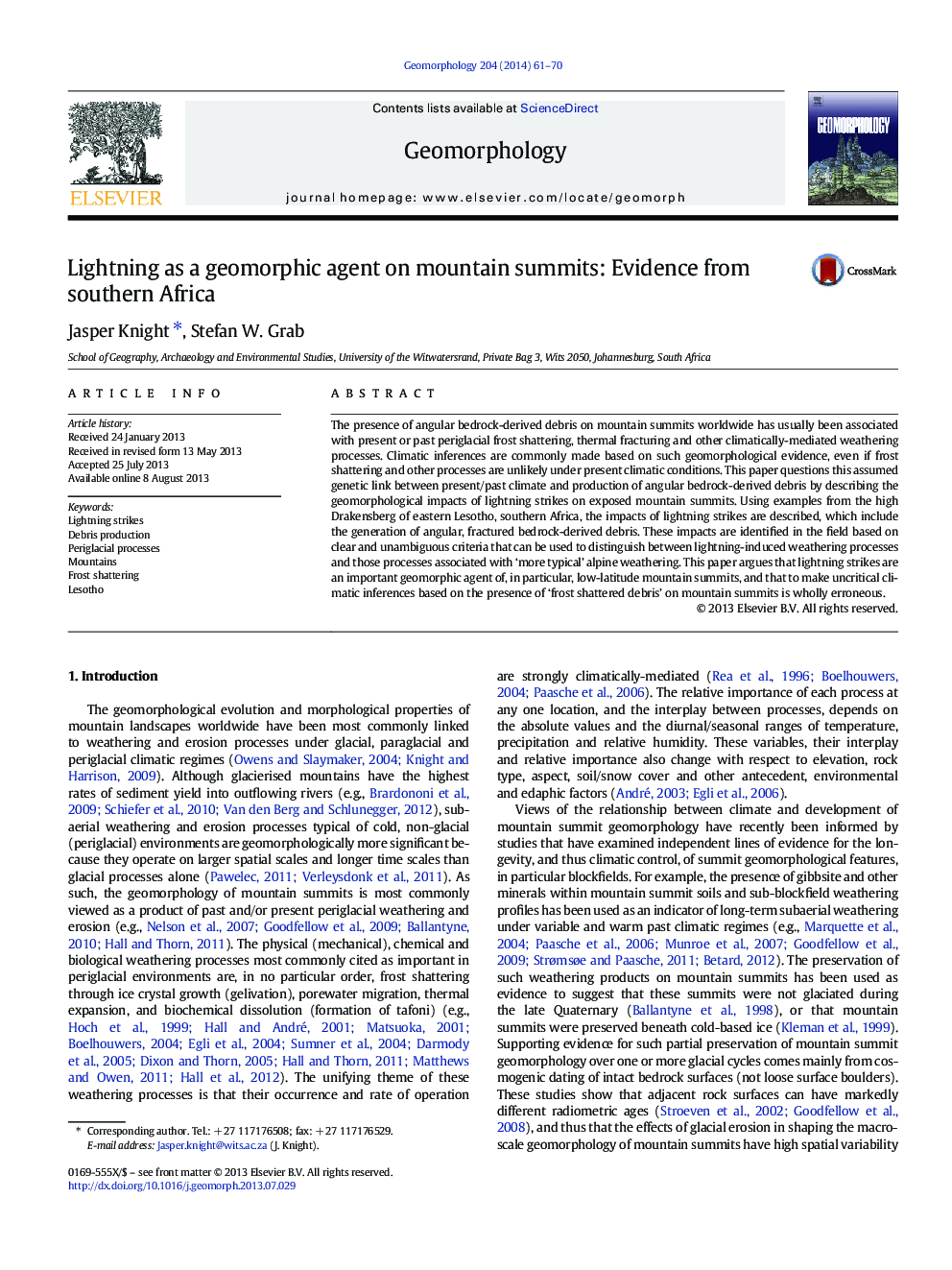 The presence of angular bedrock-derived debris on mountain summits worldwide has usually been associated with present or past periglacial frost shattering, thermal fracturing and other climatically-mediated weathering processes. Climatic inferences are commonly made based on such geomorphological evidence, even if frost shattering and other processes are unlikely under present climatic conditions. This paper questions this assumed genetic link between present/past climate and production of angular bedrock-derived debris by describing the geomorphological impacts of lightning strikes on exposed mountain summits. Using examples from the high Drakensberg of eastern Lesotho, southern Africa, the impacts of lightning strikes are described, which include the generation of angular, fractured bedrock-derived debris. These impacts are identified in the field based on clear and unambiguous criteria that can be used to distinguish between lightning-induced weathering processes and those processes associated with 'more typical' alpine weathering. This paper argues that lightning strikes are an important geomorphic agent of, in particular, low-latitude mountain summits, and that to make uncritical climatic inferences based on the presence of 'frost shattered debris' on mountain summits is wholly erroneous.