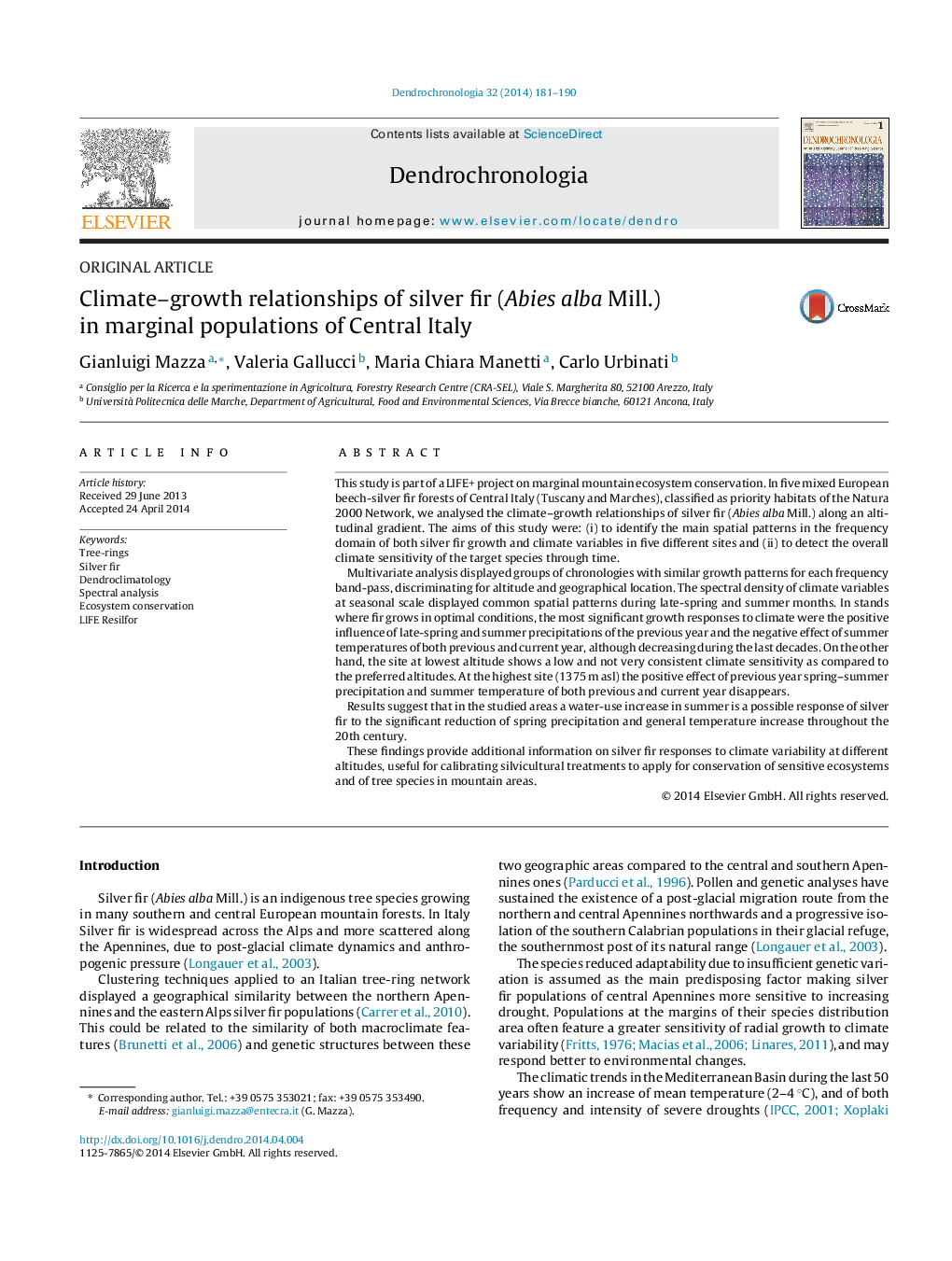 This study is part of a LIFE+ project on marginal mountain ecosystem conservation. In five mixed European beech-silver fir forests of Central Italy (Tuscany and Marches), classified as priority habitats of the Natura 2000 Network, we analysed the climate–growth relationships of silver fir (Abies alba Mill.) along an altitudinal gradient. The aims of this study were: (i) to identify the main spatial patterns in the frequency domain of both silver fir growth and climate variables in five different sites and (ii) to detect the overall climate sensitivity of the target species through time.Multivariate analysis displayed groups of chronologies with similar growth patterns for each frequency band-pass, discriminating for altitude and geographical location. The spectral density of climate variables at seasonal scale displayed common spatial patterns during late-spring and summer months. In stands where fir grows in optimal conditions, the most significant growth responses to climate were the positive influence of late-spring and summer precipitations of the previous year and the negative effect of summer temperatures of both previous and current year, although decreasing during the last decades. On the other hand, the site at lowest altitude shows a low and not very consistent climate sensitivity as compared to the preferred altitudes. At the highest site (1375 m asl) the positive effect of previous year spring–summer precipitation and summer temperature of both previous and current year disappears.Results suggest that in the studied areas a water-use increase in summer is a possible response of silver fir to the significant reduction of spring precipitation and general temperature increase throughout the 20th century.These findings provide additional information on silver fir responses to climate variability at different altitudes, useful for calibrating silvicultural treatments to apply for conservation of sensitive ecosystems and of tree species in mountain areas.